‘Left behind’ areas receive less than half the charitable grants of other deprived places, new research shows

People living in 225 'left behind' areas across England receive less than half the funding per head than people in other equally deprived places. 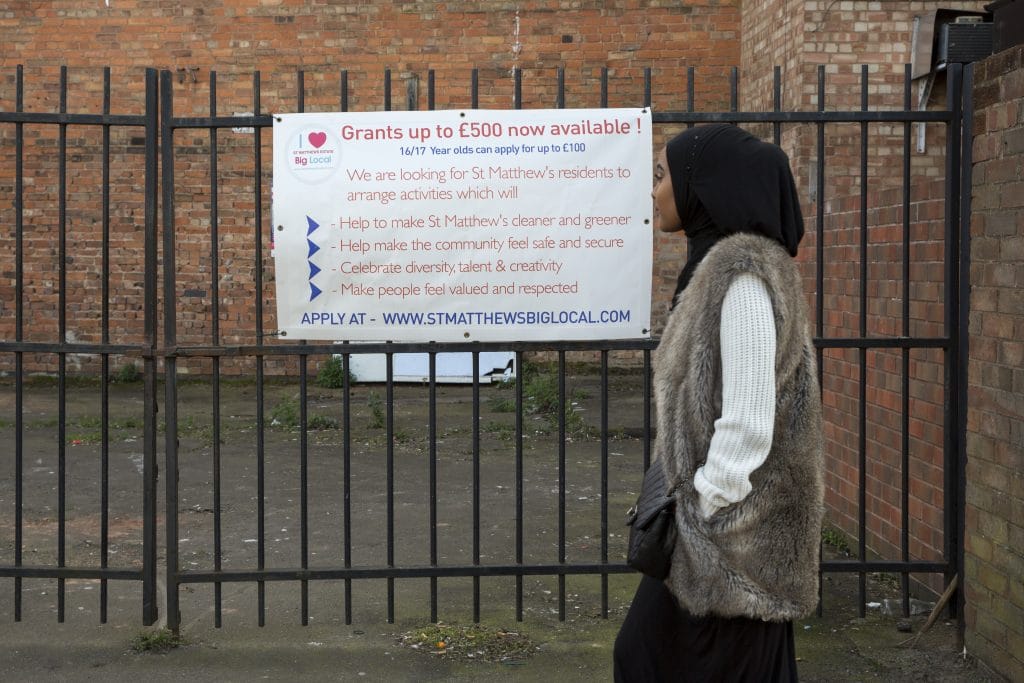 People living in 225 ‘left behind’ neighbourhoods in England received on average £7.77 in national charitable grant funding per head from 2004 to May 2021, less than half the amount received in other equally deprived areas (£19.31) and below the average across England as a whole (£12.23). *

As well as receiving less charitable funding and grants per head than other deprived areas and the England average:

Neighbourhoods are classified as ‘left behind’ because they fall within the most deprived 10% of areas on the Index of Multiple Deprivation (IMD), and also lack social infrastructure such as places and spaces to meet, an active and engaged community, and transport and digital connectivity. They are home to 2.4 million people across England and are predominantly located in coastal areas and on the outskirts of post-industrial towns and cities in the North and Midlands.

This new analysis conducted by Oxford Consultants for Social Inclusion (OCSI) for the All-Party Parliamentary Group for ‘left behind’ neighbourhoods, examining the presence of community buildings, institutions, and charitable organisations in such areas indicates that those communities with the highest need for investment in local community assets and facilities receive the least amount of funding.

Notably, these are places that have previously been shown to have worse health, employment and education outcomes than other equally deprived places that have community level social infrastructure – places and spaces for people to meet, community activities and connectivity, digital and physical – and the rest of England. This research further highlights the need for focussed, targeted investment at the hyper-local level directly into these communities to develop social infrastructure.

Alison Jones development manager at community group Little Hulton Big Local, based northwest of Manchester said: “Communities, particularly those identified as being left behind, are ambitious for their local area but do not always have the knowledge, skills or access to funding needed to make local projects happen. That’s why connecting communities to the right support is as important as listening to and trusting residents.

“Whether that is access to seed funding to help communities develop their ideas, or capital funding to create and develop community assets, achieving long term change in communities identified as being ‘left behind’ needs long term support.”

The APPG is asking the government to invest in ‘left behind’ neighbourhoods to ensure they do not miss out on upcoming funding opportunities including those specifically aimed at ‘levelling up’ such as the new Community Ownership Fund, the Levelling Up Fund and the Community Renewal Fund.

Paul Howell MP for Sedgefield and Conservative co-chair of the APPG said: “The government has created a number of new funds aimed at levelling up to support those areas of the country that most need investment, but unfortunately these 225 neighbourhoods are set to lose out once again if they do not receive targeted funds to help build the skills and capacity of the people living there to come together and apply for funding.”

Dame Diana Johnson DBE MP for Hull North and Labour co-chair of the APPG said: “Community spaces like the ones these neighbourhoods so desperately lack help to foster local relationships, build social capital and create a sense of place.

“This research demonstrates how important they are as an organising space for communities, enabling local people to come together to make plans to meet the needs of their neighbourhood. It is clear from this research that without these kinds of spaces, ‘left behind’ neighbourhoods will continue to miss out on their fair share of funding.”

The All-Party Parliamentary Group for ‘left behind’ neighbourhoods is a cross-party group of MPs and Peers advocating for the needs of people living in places that have been ‘left behind’. This research and further possible recommendations are set to be discussed at the APPG’s session on 29 June discussing Community Asset Ownership and funding in these places.

Many of the members of the APPG are supporting a call from an Alliance of over 400 organisations for the establishment of a Community Wealth Fund to channel investment directly into these 225 ‘left behind’ neighbourhoods to develop community spaces and build residents’ confidence, capacity and skills.

Letter from Baroness Vere, Minister for Roads, Buses and Places

“Those who live in 225 'left behind' neighbourhoods in England receive less than half the charitable grant funding than other deprived places." Our research w/ @ocsi_uk featured in @CivilSocietyUK highlighting need for targeted & long-term investment in these areas ⤵️ https://t.co/KkjI9IWXhK