Socio-economically deprived neighbourhoods at risk of falling further behind due to COVID-19, new data shows

225 neighbourhoods identified as being 'left behind' likely to suffer greater impact of COVID-19, early research shows 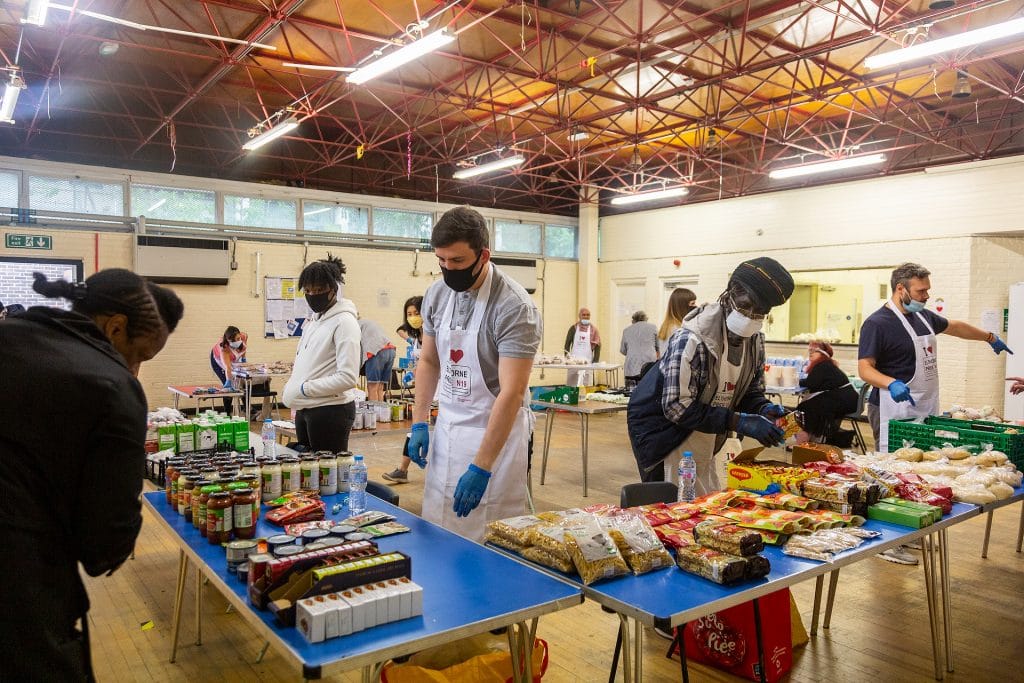 225 neighbourhoods across England already defined as ‘left behind’ prior to the pandemic are likely to suffer more because of the impact of COVID-19, but have received less emergency funding and support than other areas.

The research finds that, although it is early days and results are provisional, COVID-19 is likely to have a long-term negative impact on the most ‘left behind’, particularly in relation to employment and health.

Each of the 225 neighbourhoods described as ‘left behind’ fall within the top 10% on both the Index of Multiple Deprivation (IMD) and a new Community Needs Index (CNI), developed by Oxford Consultants for Social Inclusion (OCSI). These areas suffer from a combination of social and economic deprivation, poor connectivity (physical and digital), low levels of community engagement and a lack of community spaces and places. Just under 2.4 million people live in ‘left behind’ areas, 4.3% of England’s population, and have typically been less well-equipped to deal with the fall-out of the coronavirus than other similarly deprived areas.

Residents of these neighbourhoods had relatively worse health, education, employment outcomes and living standards before the pandemic – pay was lower and a higher proportion of people were engaged in low skilled occupations. Child poverty and unemployment was also higher and the gap was growing.

Despite higher levels of need, organisations in ‘left behind’ neighbourhoods received less than half the funding per head in COVID-related grants than other deprived areas and around a third of the average for England as a whole. Whilst in many communities, the COVID pandemic led to a growth in volunteering and community action, there were notably lower concentrations of mutual aid groups in ‘left behind’ neighbourhoods, only 3.5 groups per 100,000 population, half of that similarly deprived areas (7.7 per 100,000 population) and around a third the national average (10.6 per 100,000 population).

The report gives an early suggestion that these areas, often located on the edge of towns and cities, risk falling further behind as government investment, such as the Stronger Towns Fund, focuses on delivering improvements to town and city centres.

Now, an All-Party Parliamentary Group (APPG) has been established to hear from experts – including local residents and those at the front line of policy and practice – and learn about the issues such areas face. The intention is to develop practical policy proposals which ‘shift the dial’ and improve these neighbourhoods, securing better outcomes for the people that live in them.

Chair of the APPG for ‘left behind’ neighbourhoods, Paul Howell MP for Sedgefield said:

“Representing a constituency that is home to several ‘left behind’ neighbourhoods, I am acutely aware of the issues faced by residents living in areas that all too often have felt forgotten, neglected and overlooked. That’s why I am very pleased to have set-up this new APPG, supported by colleagues from across the Houses of Parliament, to provide a genuine cross-party voice in Westminster to speak up for ‘left behind’ neighbourhoods.”

Matt Leach, chief executive of Local Trust, the secretariat for the APPG said:

“When the crisis first struck, in many places it was local people who were the first responders, working with community groups, providing vital help to the vulnerable and getting food and other essential supplies to those in need. We also saw that in some areas – particularly those lacking places to meet and strong local community organisations to bring them together – residents missed out; and these were often the places already suffering from significant economic and social disadvantage.

As we move from tackling the health crisis to the challenge of building a strong post-COVID economy, we need to ensure that all communities have the potential to play their part and contribute to recovery.”

No Place Left Behind Commission into Prosperity and Community Placemaking

Local Trust will continue to explore what coronavirus means for left-behind places and the government’s ‘levelling up’ agenda as part of the No Place Left Behind Commission into Prosperity and Community Placemaking run by the Create Streets Foundation. The Commission will launch at the end of July, publishing new research on how local authorities across the country have (or have not) intervened to help communities cope with the pandemic. Please contact Rose Grayston if you’d be interested to hear more about this research: email rose@createstreetsfoundation.org.uk

Our co-chair @DianaJohnsonMP will be speaking at a panel session hosted by @Nacro at #Lab21 to discuss education and skills in #leftbehind neighbourhoods👇 https://t.co/G5uiTCibzT